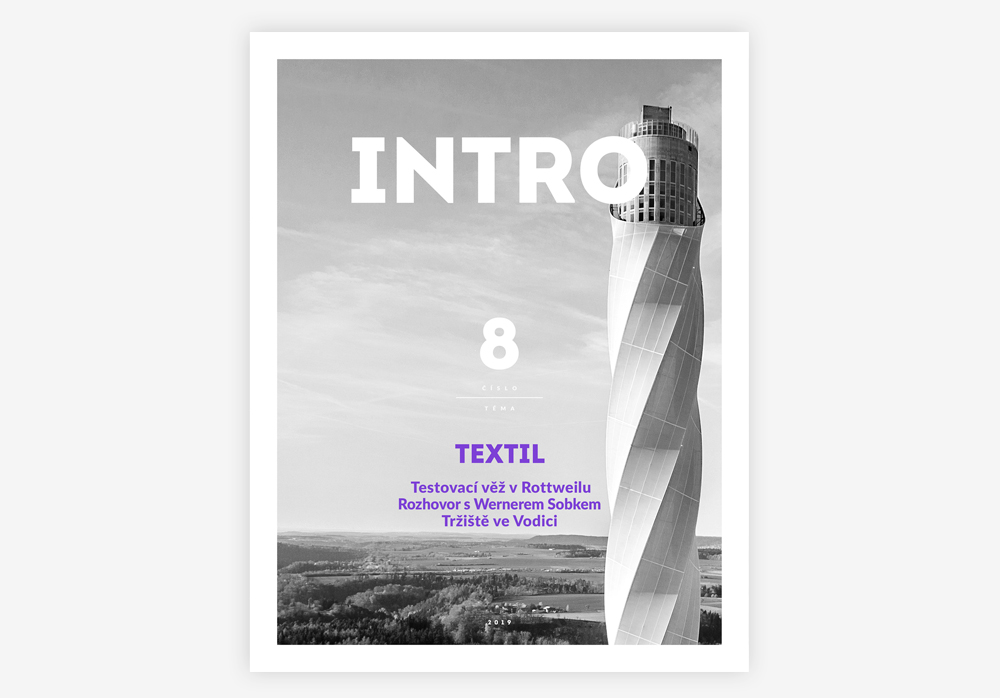 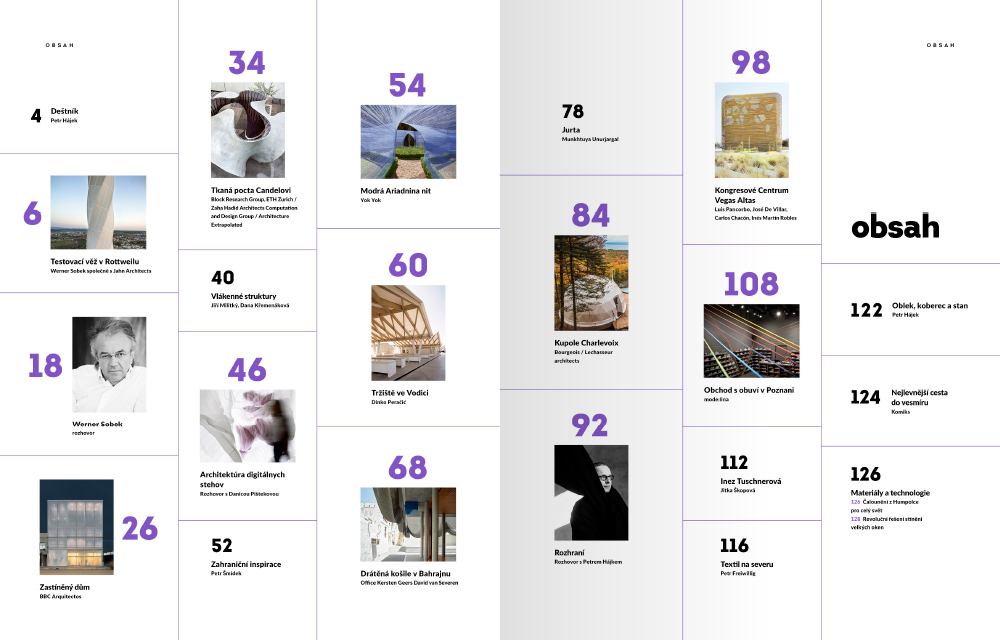 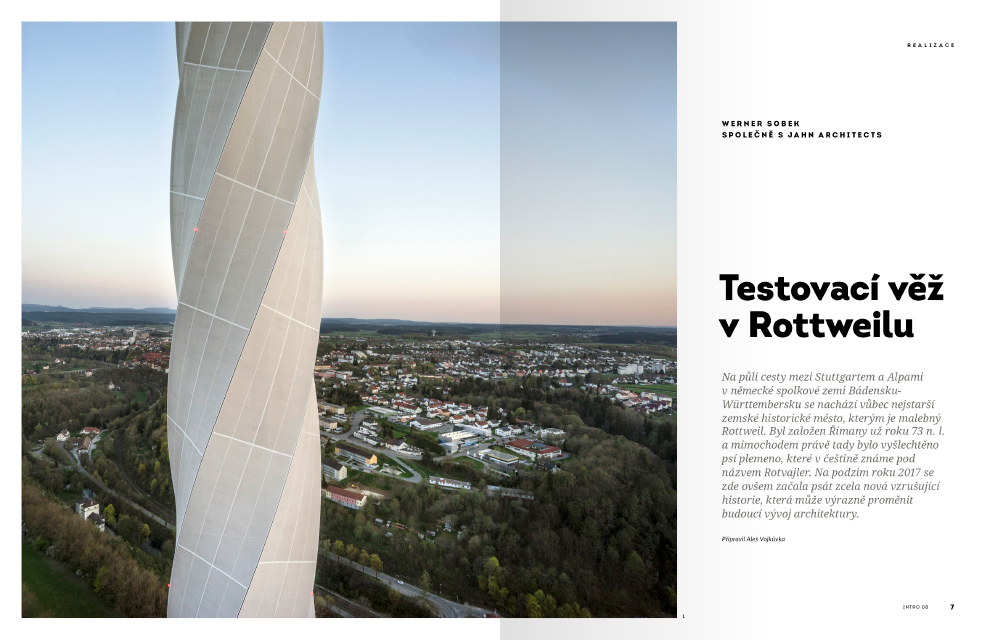 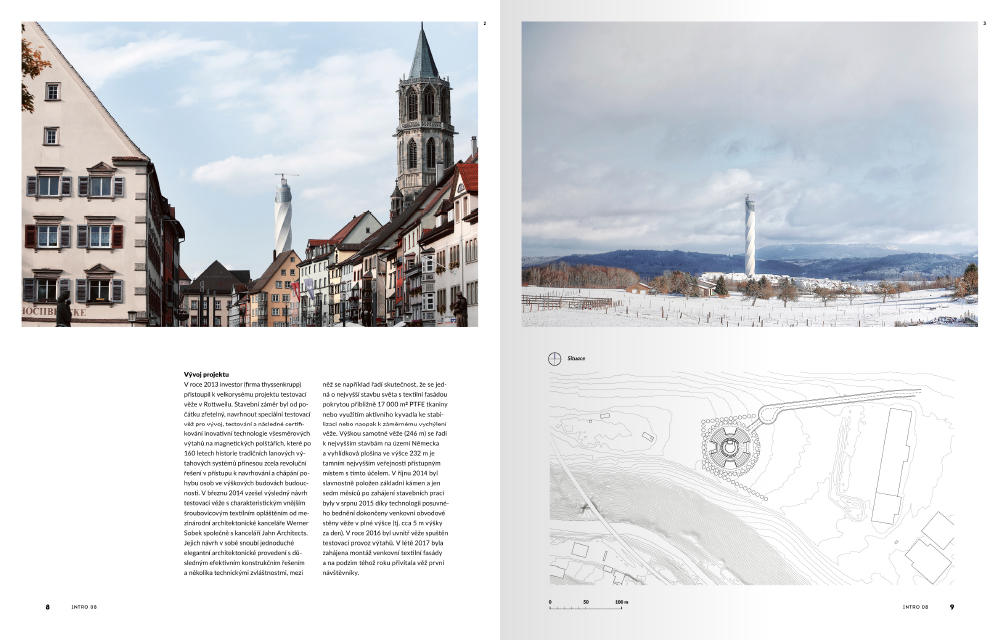 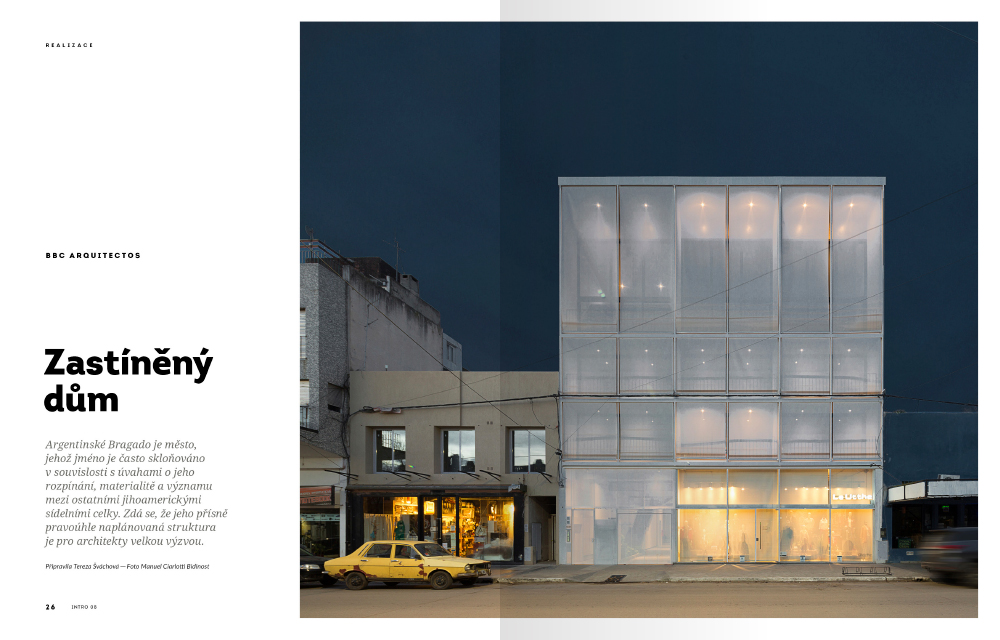 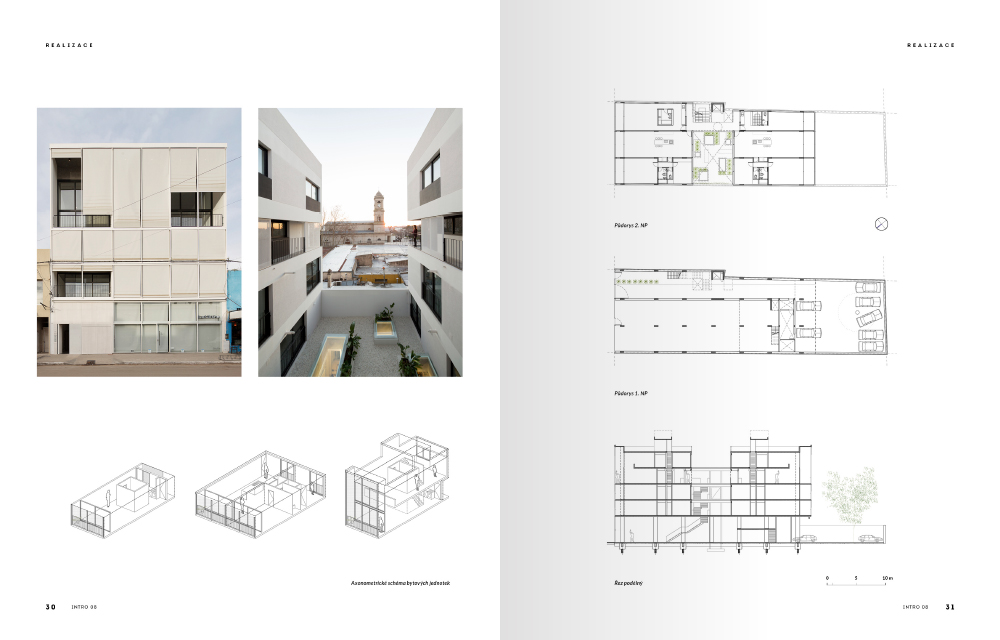 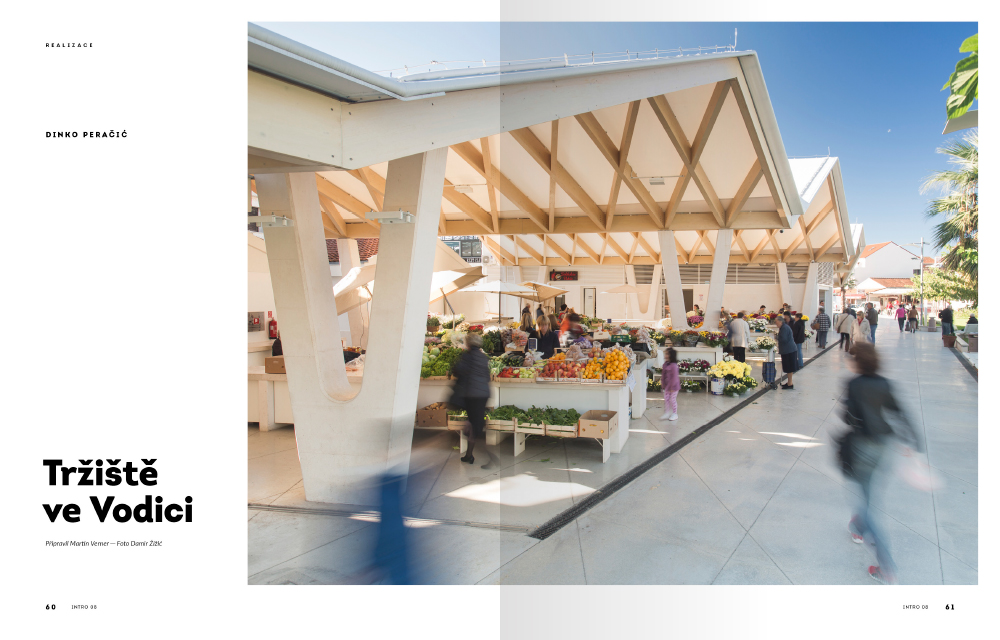 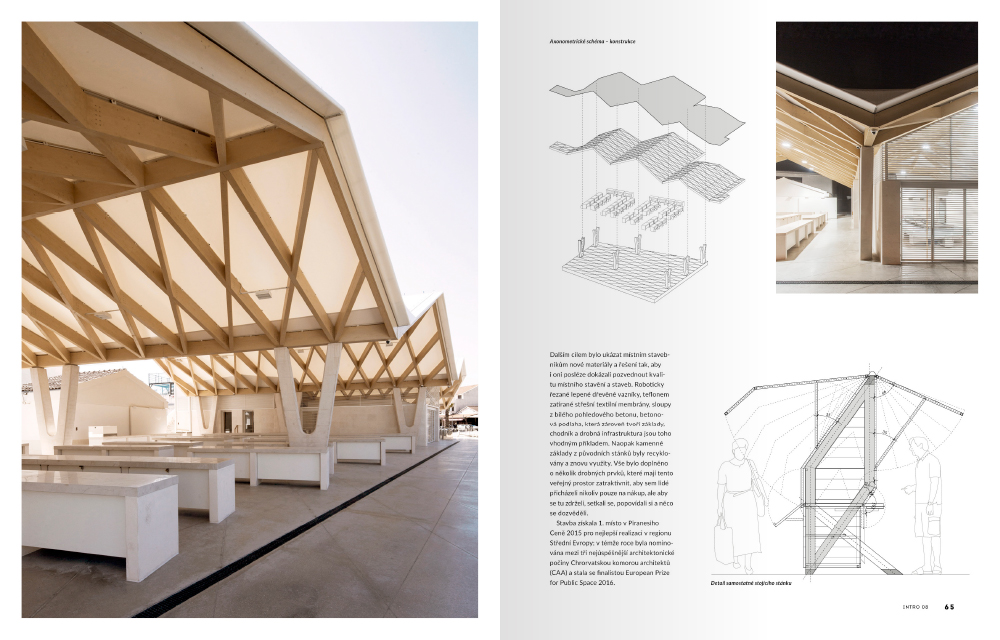 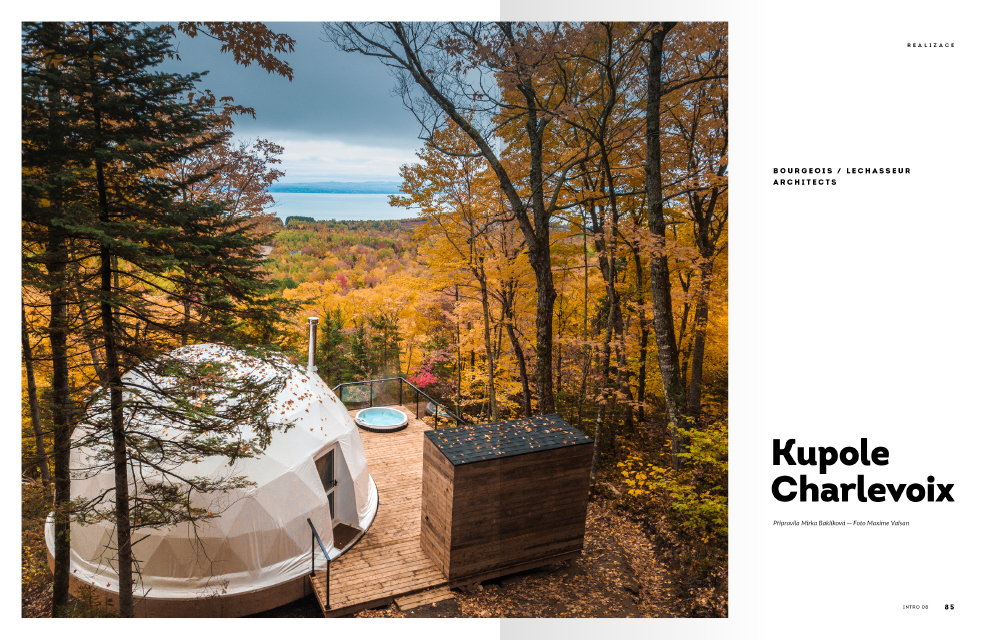 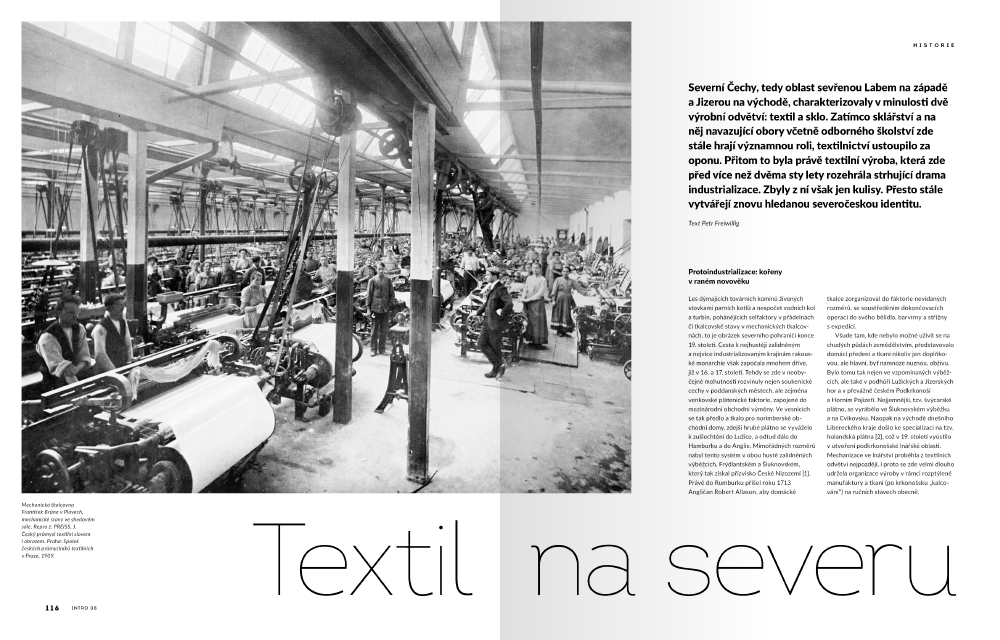 Measuring, cutting, sewing…No, we’re not talking about the clothing industry, but about architecture shrouded in softness, lightness and elegance. It is explored with engaging detail in the eighth issue of INTRO magazine.

Surveying the INTRO back issues at the beginning of 2019 - which has already swung into spring - I could see that we’ve been softening. If we allow wood, the theme of our first issue in the autumn of 2019, to be considered a soft material, then we can discern a gradual hardening tendency: concrete followed by brick, then stone, metal and glass. But then, at the end of last year, there was plastic and, right before Christmas, plants. And now, from my point of view at least, the pinnacle of softening: textiles.

Looking at textiles and their relationship to architecture, our first concern was parameters: where were we starting from and how puritanical were we going to be? Ambiguity is built into the terminology — consider the distinction between textiles and fabric, let alone plastic material, coated textiles, or even the example of metal rings woven into a kind of veil that is draped over a building — and impossible to fully resolve. In selecting the buildings, we realised that we wanted avoid limiting ourselves. The results are on the pages that follow: a whole range different textile materials and their uses.

Topographically, we’ve journeyed from the depths of the sea to the cosmos (courtesy of spacesuits), to rain under the eaves (see the introduction about umbrellas), to Mongolian yurts and the highest tower in Germany.

It’s a pleasure to behold the diversity of professionalism that is displayed during the compilation of each issue. This time, I must highlight the contribution of a colleague, a former student from Mongolia. Separated from her laptop by circumstance, she wrote an entire history of the yurt for us in, in Czech, on her mobile phone. At the opposite end of the spectrum, there’s the super-professionally organised office of Werner Sobek and his helpful colleagues (including Sobek himself). On our side alone, five people under the leadership of Aleš Vojkůvka actively contributed to preparations for his interview, alongside at least two on the German side - and probably more.

At the end of the magazine you will also find an excellent article about textiles in Liberec. This lost world took me back to memories of my relatively early childhood, when sewing in Prague was still done either by a seamstress or at home and my mother and grandmother would go here and there to buy fabric. These fabric shops had a specific, pleasant smell. The sales staff always fetched down bolts of cloth from the shelves at the back with quiet, gliding movements, laid them on the counter and unrolled them with a deft touch. A wooden meter stick was attached to the edge of the counter, or else a handmade wooden half-meter stick with shiny brass ends slid cleverly into the folds to measure the exact length desired. Then they reached for the scissors and fearlessly cut.

34/ A Woven Homage to Candela

40/ The Structure of Fibres

46/ The Architecture of Digital Stitching

92/ Interfaces - An Interview with Petr Hájek

124/ Comics - The Fastest Journey to Space